The streets of Britain are becoming more dangerous day by day so much that not a single day goes by without someone being shot, stabbed, robbed or simply being beaten. What really bothers me is that people who commit these crimes are teenagers even some as young as 11 and to make matters worse these people are only sentenced to community service which to me is almost letting them go free.

Well, some people think the youngsters themselves are to blame for whatever is happening at the moment while others think that the government is to blame for not giving tougher sentences. But, have we considered how these kids would have been like if they had a strict upbringing? To be honest, I blame both the parents and the government.Sometimes I wonder why I meet underage humans on the streets in the middle of the night on my way home from work. Why parents allow their kids to roam around the streets after 8pm....I wonder. Its frustrating to find out that adults are scared of the teenagers, am guilty on that one as well...am forced to either turn back or use a different route each time I see a bunch of boys on the streets...
What do you get on the streets of London for not giving under 18’s fags...even if you tell them that you don’t smoke.....PROPER BEATING!!!! Its just so pathetic...
Then comes Racism... just a few weeks back, a young boy was stoned to death for being an Arab and that was after calling him names like Osama Bin Laden and Saddam Hussein... then it was a Chinese man who was called a “f***** Chinese” before being stabbed which was the followed by another Chinese student being beaten to death in his own house in Liverpool...Lord help us all.

In 2007, there were more than 3,500 gun crimes in London and most of them being committed by teenagers. London alone has more than 200 gangs...and what has the government done....employing more cops and community support...WHILE GIVING COMMUNITY SERVICE TO THOSE THAT ARE CAUGHT COMMITTING THESE CRIME... to me that’s crap. How on earth can someone be given that kind of sentence???!!
Then comes the prison, hhhhhmmmm why someone’s room has a bed to lay his body on, a pillow to lay his head on, a blanket and sheets to cover himself with and a TV to entertain himself....I WONDER...Its supposed to be a bloody PRISON!!!! Why would someone come out of jail and commit a crime just to go back in because of the good life.....IT ONLY HAPPENS IN BRITAIN.
Posted by Leah Gondwe at 06:57 24 comments:

A man does not call a relationship a relationship,he refers to it as "that time when me and her were doing it on a semi-regular basis". I dont hate guys at all,I love them to bits. Its just that i have a negative feeling about them.(sorry babes).To women,Love is an occupation while love to men is a preoccupation. Tell me one thing that a woman in love doesn't do to her man...a woman is always submissive.we don't even think that other guys exist when we are in love...there's this thing in women that i love, i don't even know what it is but it is great. we do everything for you. we give you what ever you want but still it aint enough for you guys,so much that you go and look somewhere else and to make it worse,gold diggers who will leave you penniless.We women have our own issues as well. we tend to love our husbands so much that we dont even want them to watch a football game in a pub with their friends,I myself aint innocent on that one,LOL!! I remember reading an article on men and football which said, 87% of men would leave their wives/girlfriends who took them shopping while they are about to watch a game...hope that aint true because most of us will be single!!!I cant say much about women because am one of them and doing what we know best, finding faults in guys.

There are a number of ways in which Men and Women differ. Few of them are:
1) Men marry because they are tired while women marry because they are curious.
2) A woman marries a man expecting he will change but he doesn't while a man marries a woman expecting that she won't change and she does( if u know what i mean).
3) A woman worries about the future until she gets a husband while a man never worries about the future until he gets a wife.
4) To be happy with a man you must understand him a lot and love him a little. To be happy with a woman you must love her a lot and not try to understand her at all.
5) A man argues because he knows he is right, while a woman argues because she knows he is right.
6) Women are motivated when they are feeling loved, adored, and cherished. Men are motivated when they are feeling......a woman.

But hey, after all the differences, we still love each other, don't we?
Posted by Leah Gondwe at 09:34 8 comments: 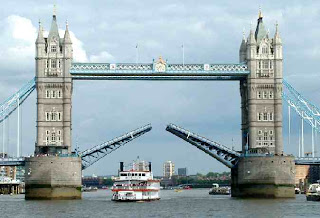 My first year in London was great. especially seeing the bridge that opens,ha ha ha. I made sure i visited all the places i heard of. I must say it was quite a good experience....if only i knew what lay ahead of me.
To be honest,Life is quite harder here than i expected. my sister told me before i came but i was too sturborn to listen. there's nothing i can do now than dancing to the music.
I never smiled when the month end approached. Rent plus bills like water,electricity,phone etc all waiting for my already "thin" bank account to do something.
The most interesting part about this place is the "job hunting". No matter how good your educational background is, you always search for cleaning, waiting, and the most liked care jobs.
Everytime i call home, am always asked the same question over and over again,just to find out where i work....I keep on giving the same answer each and every day....BBC,well to most people it stands for British Broadcasting Corporation but those who know me better,know that my BBC means something different but as the saying goes" HE WHO WOULD LIKE TO HAVE SOMETHING HE HAS NEVER HAD, WILL HAVE TO DO SOMETHING HE HAS NEVER DONE BEFORE".
Besides the London hardships,we do have alot of fun as well,like going to the cinema, enjoying free evening and weekend calls to eachother,clubbing,shopping or simply going to west end to see some celebrities(well yeah,its fun as well).
Cant wait to go home though.
Posted by Leah Gondwe at 04:12 2 comments:

My Journey to London

“London fridge is for linda, for linda, for linda.” That’s the way I sang it along with my friends instead of London Bridge is falling down, falling down, falling down but it actually made sense to us.
Coming to London was something that I would dream of oftenly. My dad said “you will go there to study one day and get to see all the places of interest, the bascule bridge known as the Tower Bridge. He knew I didn’t know what that meant; he simply said it’s a bridge that “opens”.
That to me never made sense, I imagined all the Malawian bridges I had ever seen and none of them opened.
London eye was another “thing” he mentioned, you will have a clear view of London once you get on it. He talked about it as well.
You will also have the chance of seeing the Buckingham palace, the Queen’s official residence, I remembered the poem I used to like back in kindergarten: pussy cat, pussy cat, where have you been, I’ve been to London to see the queen.
I could not wait to complete my studies in Malawi, I wanted to visit London. I never thought of the “studying business” my father wanted me to do. I wanted to see the bridge that “opens”, the London eye, the palace but most of all, I wanted to play and take pictures in the snow for my friends to see.
Mercy, my sister, who was already in London at that time used to tell me that London was the last place I would want to live. To me, that was an insult. I wanted to see London and that was it.
Finally, it was time to leave. I made sure everyone knew that I was going to London. I didn’t even think that some people are denied entry right at the airport.
Thinking of being away from my parents really hurt, I knew for sure that there will be no “spoon feeding” with Mercy in London but I really wanted to be there.
“I am sending you to London to study my flower (as he calls me). Please do not come back as a London tourist, I need qualifications and take good care of yourself and Mercy” my dad said.
I simply looked at him and knowing what I was thinking, he said, “Listen to me flower, AN OLD MAN MAY MISS HIS TARGET WHEN THROWING A STONE BUT NEVER WITH HIS WORDS”
I knew he took a tough decision to let me go as I was too young to him. But I guess he knew my “no nonsense” sister was going to take good care of me.
I looked at my mum who was all smiles….smiling because my dream came true. “Take care of yourself and be good to your sister, she is now your mother” said my mum. “You have to wear a jean trouser, shoes that will cover your feet, and a jacket to keep u warm since its winter in London now”.
To be honest, I didn’t want to. I wanted to show off my legs when walking down the streets of London since our culture could not let me do that. I just wanted to wear a short skirt. But I had to wear what she wanted and I remember her putting something in my pocket but with my excitement I forgot to check what it was.
The journey was just too long and boring. I couldn’t concentrate on the movie I was watching, probably because I was and still am scared of flying. The queue never seemed to move once I got to Heathrow airport and when my turn came, the whatever officer asked questions endlessly.
My eyes filled with tears when I saw my sister for the first time in years and we kept on talking and talking.
We took an underground train and I couldn’t wait to get out so that I could see the city.
Once we got out of the train station, I felt it…the coldness.
It was so cold that I had to put on the jacket that my mother gave me, the same jacket I called old fashioned.
When we got on the bus and made ourselves comfortable, I stuck my hands in my pockets to make them warm. I felt something and so I pulled it out. Gloves. My mother put them in before I left.
I wore them and leaned on the seat, closed my eyes as tears rolled down my cheeks. “Thank you for everything mother” was all I could say.
Posted by Leah Gondwe at 10:00 6 comments:

Leah Gondwe
I love writing and reading although sometimes i lack the time to do what i love. I also love shopping, watching movies and listening to music